By now most of us have at least heard about the Netflix series “13 Reasons Why.”

And even if you haven’t heard about it, there is a real good chance the adolescents in your life have.  It is rated MA, and commonsensemedia.org has rated it 16+.  However, many of the teens and preteens I work with are watching it.  So, I did my due diligence and watched the entire series in about five days.

The show is narrated by Hannah via audiotapes she left for the 13 people she blames for her killing herself.  The entire series takes place after her death, and the audiotapes are a type of revenge she enacts on these 13 people.  In the series, there are many tough subjects – bullying, voyeurism, sexual assault and rape, underage drinking, drug use, and, ultimately, (an excruciating to watch scene) of Hannah killing herself and her parents finding her.

I do believe the hope of the show was to raise awareness about suicide and its causes, but unfortunately, it goes against much of the research out there on how to raise awareness in a healthy way.  Suicide is the second leading cause of death for people age 10-24.  According to more than 50 worldwide research studies, the way that the media portrays suicide can lead to greater risks for suicide.  Reportingonsuicide.org  has created a list of recommendations for the media when reporting on suicide.

Some of them are:

Don’t talk about the details, including the method of the suicide.

If there is a note, don’t talk about the contents.

Talk about it as a public health issue.

Refer to the suicide as “died by suicide,” “completed,” or “killed him/herself” not “committed suicide” or “successful.”

The series (and the book to my understanding) goes against all of these recommendations.  There is a 30 minute follow up to the show that is available AFTER the last episode.  However, many of these conversations need to happen during the series not after.

Caution should be used when watching “13 Reasons Why,” as it could possibly be harmful for some teens (and anyone else for that matter), especially those that have struggled with depression and self-harm or suicidal thoughts.   There is a heavy emphasis on revenge, it doesn’t address mental health and it doesn’t show any of the ways that someone who is struggling can successfully reach out for help.

So what do we do?

First, start a conversation about the show.  Find out if the adolescents in your life have watched it or if they are interested in watching it.  Talk about the difficult issues in the show because many of them are issues that they may have experienced already or will experience in the future.  And if they want to watch it, watch it with them and talk about these tough subjects as you go. Banning them from the show may work, but they may have access to it somewhere other than home.  The link below from the Jed Foundation has some excellent talking points, and it is a good place to start when starting tough conversations.  Talk to them and find out if they can relate to anything in the show. 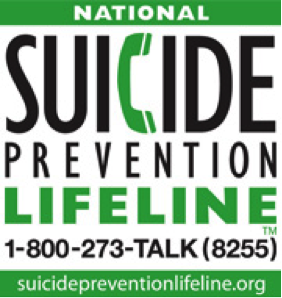 Opening the lines of communication is key in helping adolescents know they can come talk to you about difficult subjects.  Make sure you and the adolescents in your life know how to reach out for help. Talk to an adult, a school counselor, a minister, a therapist, or call a help line.  And if you reach out to one of these and it isn’t helpful (like the one time Hannah reached out in the series and it wasn’t helpful), TRY again.

By:  Angela Hogan, LAMFT and CSAT-Candidate